I didn’t suggest this month’s topic, okay? In fact, I’d never suggest anything to do with cooking, just ask my wife! That’s not saying much for a bloke who has written a couple of cookbooks (and burnt a couple of things on TV, too).

But, somehow, bush cooking has become part of my career. My brother and former mining partner Nick reckons that’s crazy, given that the first time we went bush we had nothing but a tucker box full of cans and a sack of rice.

We did have a rifle though, and usually a cracking fire at night, too. So it wasn’t long before we started putting those two together once we got sick of tinned food. When we were working closer to towns, we discovered it was a lot cheaper to buy fresh vegetables than cans anyway. The die was cast. 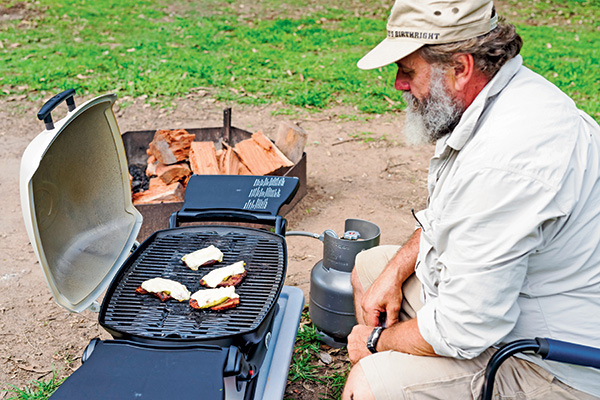 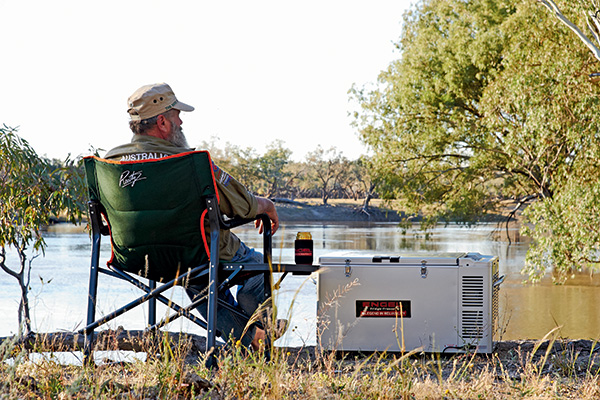 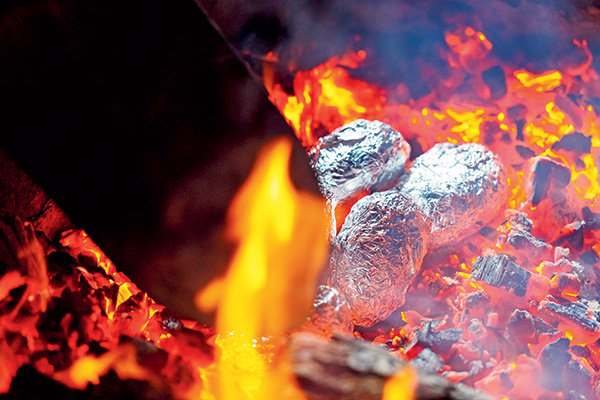 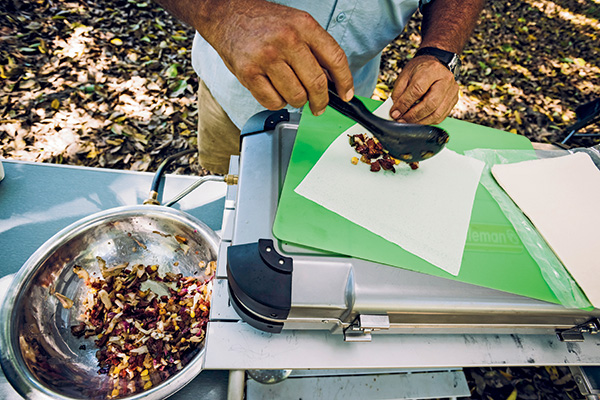 Sort of... Nick was always a better cook than me. His mashed potatoes and gravy were a staple of many meals, with or without meat, depending on how accurate that rifle was. We didn’t have any refrigeration other than an ice box for the first few years and then the kero fridge we used was hardly spectacular either.

Actually, that’s not strictly true. We carted that old fridge around various bush camps for a year or so until one night it exploded into flames and shot a smoke ring into the sky. That was spectacular. Pity nobody told us about cleaning the flue.

In those days, we used to camp near whatever claim we were working. One of our earliest claims came with a rusty old Canberra stove sitting under a pile of old iron. So, after cleaning it up and realising how useful and cheap a wood-burning oven with hotplates could be, we welded up a frame on an old Holden front end, bolted down the oven and made it into a trailer. It also had a brass coil wrapped around the flue, so with a 44 gallon drum of water mounted behind it and a pump, we had a half-decent warm shower. Civilisation!

But we were still heavily into traditional Aussie-style cooking – boiling most things in salt water and burning everything else. Just like our Pommy cousins still do! We got pretty good at knocking out a damper and roasting meat. It only tastes bland once someone tells you so, which is sort of what happened to us.

First off, it was a Spanish mate who stayed with us for a month. Incredibly polite, it wasn’t until we’d nearly killed him with bland tucker that he offered to cook. Suddenly, taste entered the picture! Carmello introduced us to things we’d never used, like garlic, rosemary, oregano and cayenne pepper. He did weird things like stuffing pumpkins with mince and sprinkling bay leaves, salt and garlic on meat. I’d never known salt as anything other than a fine powder from a shaker until Carmello showed it to us in rock form.

Soon after that, we partnered up with a couple of French blokes, one who’d been a pastry chef before running away to Australia to make his fortune mining opals. Chris was a brilliant chef and he took every opportunity to cook. Until then, Nick and I treated our camp-cooked meals as refuelling stops at most – we had no idea that a dinner could be extensive and enjoyable.

Chris did leave me with another lifelong habit. To this day, I’ll still water down red wine with ice to make it really refreshing. Unfortunately, I enjoy it so much that I usually chuck it down by the schooner.

Then we met a Swedish girl who used to love surprising us with offal disguised as real food. I’d never eaten brains or kidneys or tongue as an outback-raised kid and I had no appreciation for seafood either. But when Lisalotte cooked, I watched and I ate and, pretty soon, I began to realise what a huge adventure this cooking caper could be.

That didn’t mean I was any good at it. But like the rest of Australia – thanks to an influx of migrants from all over the world – my tastebuds were never going to be happy with salty spuds and mushy meat again.

Right from my earliest days burning Johnny Cakes in a biscuit tin or boiling a billy in a smoko fire, I’ve always enjoyed mucking around with flames. For most of our years in the bush, that’s all we did – cooking on a wood fire of some sort, because there was always plenty of wood lying around the bush.

But not all wood is the same and you soon learn that the heavier stuff burns longer and better coals result. Pretty soon you’re matching wood weight to timing and things aren’t always as black or raw as they were when you first started out.

Funny, isn’t it? From warming tins to cooking for shearers, I’ve come to love cooking in the bush. There’s something about extracting big tastes in the open air that’s really addictive, too. A meal cooked on an open fire somehow seems way more sensational than something similar cooked in an electric oven. Maybe it’s the sheer wonder of the Aussie bush. Maybe it’s that when we’re camping, there’s plenty of time to experiment with food. Or maybe it’s just something about a restaurant with a million stars overhead.

I meant to give you a few tips here, but I rarely get around to doing anything as planned. Never mind, same time, same channel, eh? See you in a month…