The Big Dry: How Competition For Water is Killing Our River Systems

The parched riverbeds of south-east New South Wales are a far-cry from the inland sea that early explorers expected to find.

Early explorers were certain that there was an inland sea within the centre of continental Australia. The westward flow of rivers west of the Great Dividing Range had them convinced that they all led to a vast inland reservoir, and many risked – and lost – their lives attempting to prove that point. In 1844-45 Charles Sturt even went as far as to carry a hefty whaleboat as far north as today’s Milparinka, almost at the site of today’s Tibooburra, as a necessary tool for exploring that inland sea. A replica still stands in central Tibooburra today.

Early explorers of western NSW and the southeast found native grasses higher than their saddles, vast areas of swampy ground, extensive areas of timbered countryside and a ready presence of water in all streams and rivers. They rightly regarded the country as a potential agricultural paradise. Throughout the 19th and the first half of the 20th Centuries this land of promise delivered on those predictions as Australia rode to prosperity on its agricultural output, supported by a relatively short but very sharp input from the gold mining and other mining booms from the 1850s onwards.

There were major droughts throughout this period, most notably the Federation drought (1895-1903) and the World War II drought (1939-45), but in general the climate was benign and life on the land became a path to a comfortable lifestyle for most. There was plenty of local employment in industries that were still poorly mechanized so regional populations tended to be evenly spread and the pull factor of larger cities was much lower. 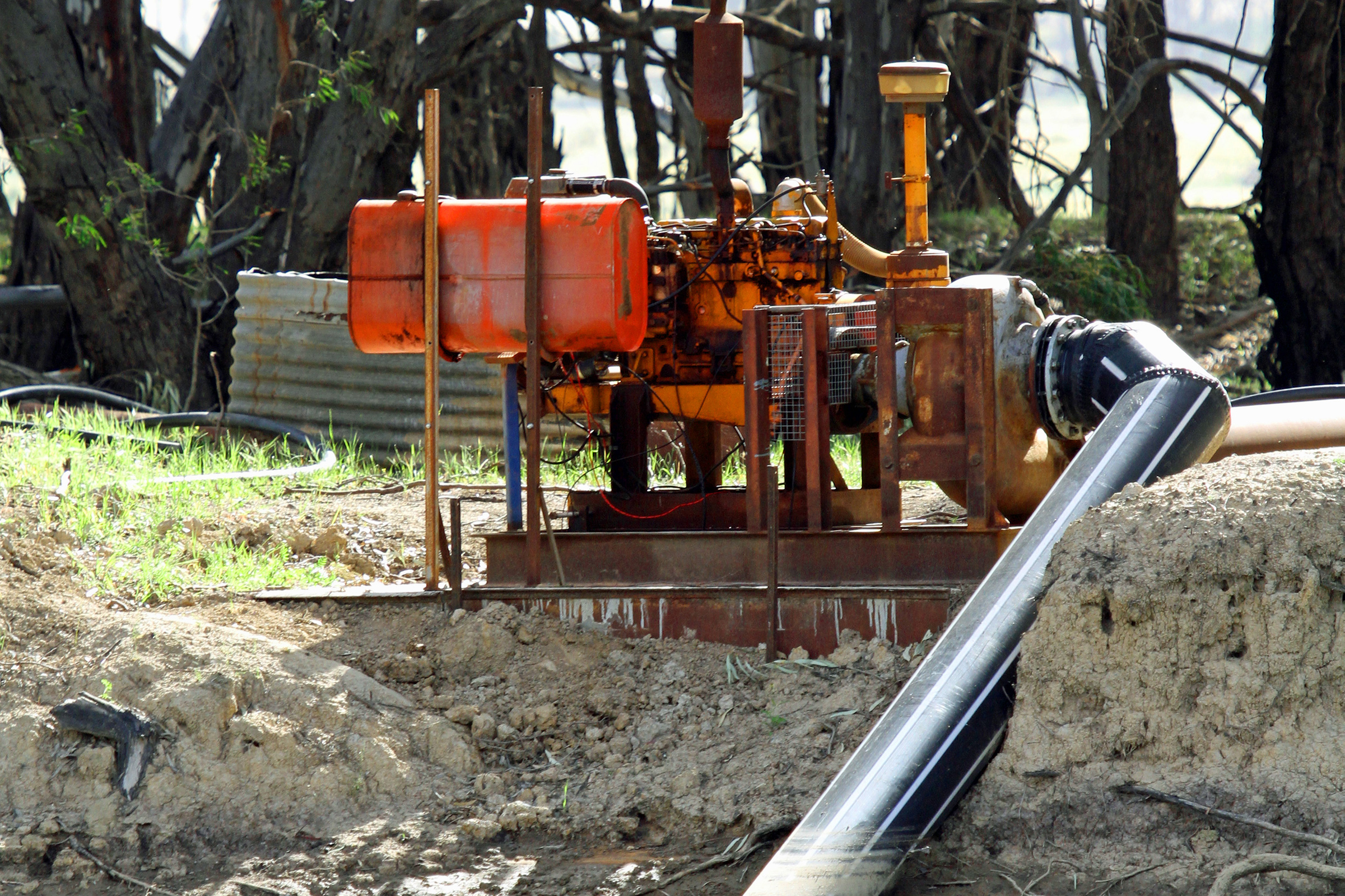 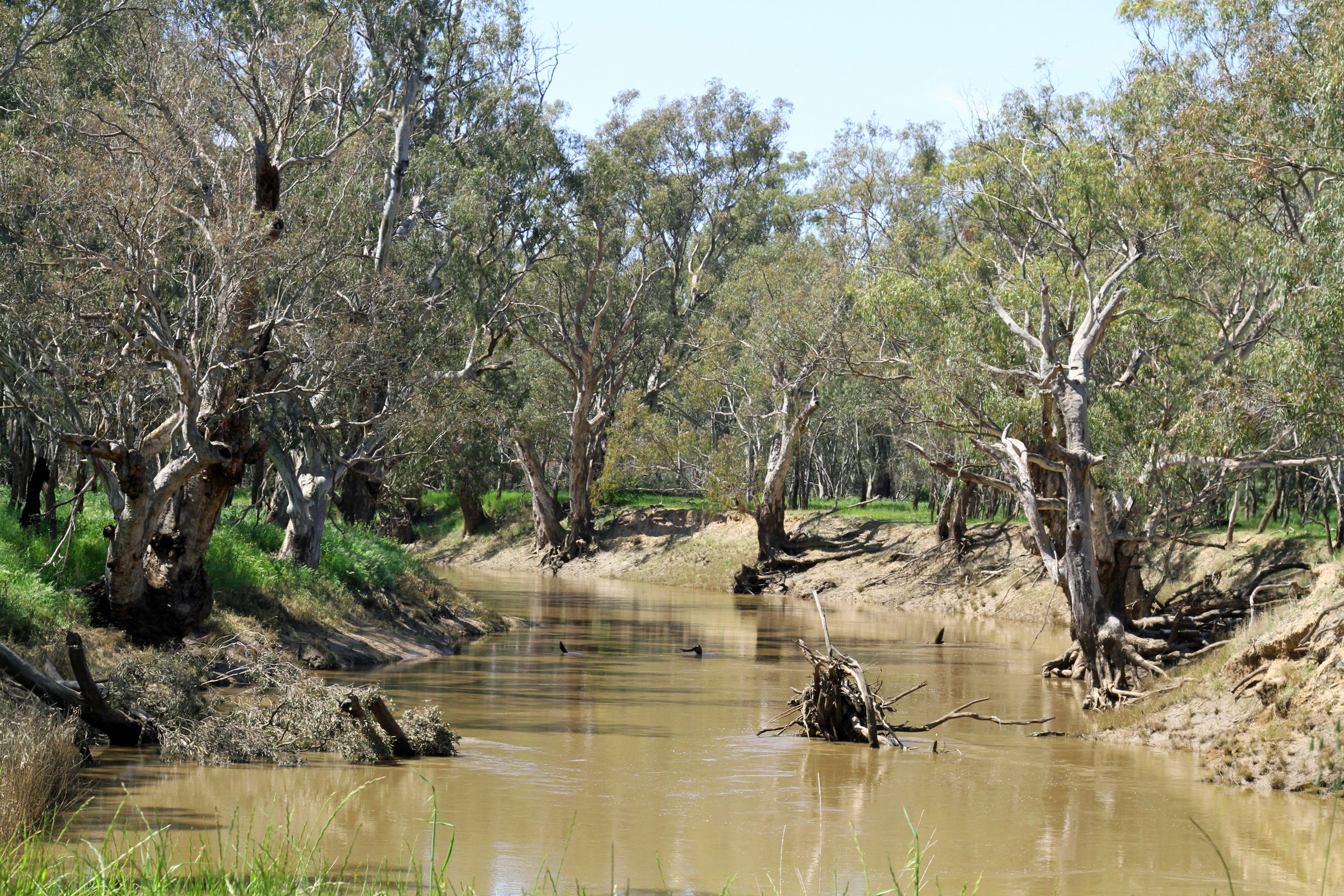 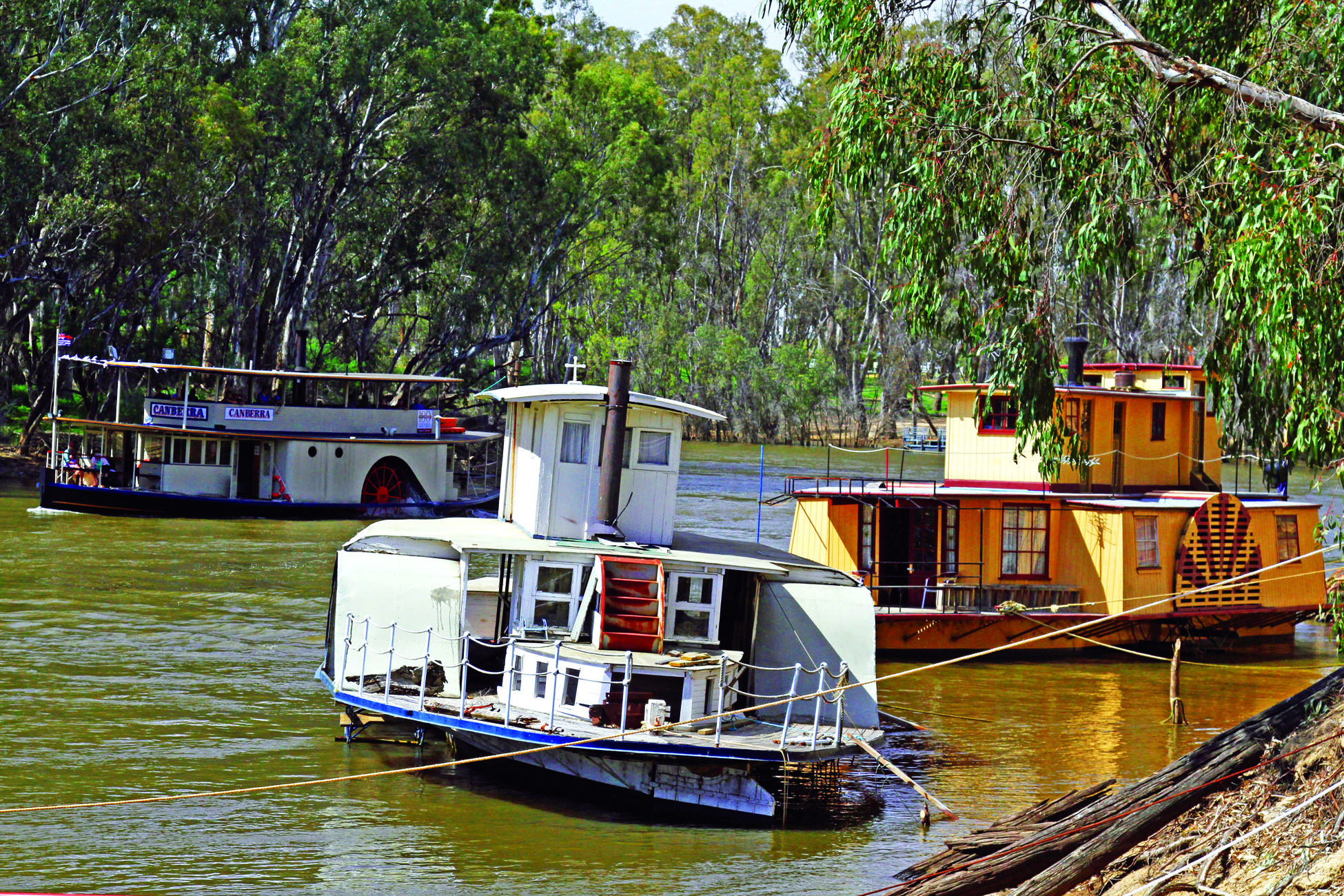 pumping stations, small and large, are extracting the lifeblood of those rivers

But starting around 1950 there has been a notable change in the weather and with that life on the land has become a lot less predictable and more patchy. Since 1910 average annual temperatures across Australia have risen by 1°C, with the vast majority of that increase occurring in a steady climb from 1950. At the same time, there has been a reduction in rainfall, starting in around 1970, in southern Australia. The CSIRO has called this “the most sustained large-scale change in rainfall since national records began in 1900.” This is a phenomenon that began around 1970 in the southwest (20-25 percent decrease in average annual rainfall in the months of April-October) and around 1999 in the southeast (11 percent decrease April-October).

These compound weather events can sometimes even seem to intersect in extreme opposite conditions occurring back to back, such as in Tasmania in 2015-16, when background warming and drying trends created extreme fire danger over the summer followed by record monthly rainfall and consequent flooding in the winter.

All this has combined with a rapid increase in farm mechanisation and automation which has had a huge impact on regional employment opportunities and so the social dislocation in regional areas has become extreme. While some major centres have relatively low unemployment rates others can be extremely high and the pull factor of major cities has increased greatly. As local populations decline services such as schools are reduced in size or even closed as teachers are moved away to other areas, banks reduce their presence and health, postal and other community services are reduced or closed, further increasing the desire to move away from smaller communities to larger centres. This increased population then imposes pressures on water and power, forces up real estate prices and creates congestion in those major centres.

The competing demands for available resources have begun to tax many natural resources. The reduction in flow in the Murray-Darling Basin has had severe impacts on the available water supply for Adelaide, but continues to be tapped by an endless line of consumers back along the river. Where once this river system was home to an energetic fleet of paddle steamers from the 1850s, which navigated as far up the Darling as Walgett, almost on the Queensland border, up the Murrumbidgee to Hay and up the Murray to Cobram now few of those destinations would be open to even the smallest paddle steamer today.

WHERE TO FROM HERE?

There have been concerns over the supply of water in the Murray River and its tributaries since the beginning of the 20th Century but little coordinated action until 1988, when the Commonwealth Government established the Murray-Darling Basin Commission and its subsequent Authority. This is chaired by the Commonwealth Minister for Agriculture and Water Resources and comprises a minister from each of the affected states (Queensland, New South Wales, Victoria and South Australia, plus the Australian Capital Territory). Its role was to administer the use of the available water resources of the basin and to protect and improve the quality of water in the basin.

Since then there have been continual complaints of the failure of this body to adequately police water use in the basin or to properly address water quality issues. Plainly the Murray-Darling Basin Plan does not function for the good of all those who depend on our river systems for the livelihood or their life. In an environment of increasing temperatures and ever more episodic flows of water the priorities of those who regulate and police those flows as well as those who depend on those rivers, both commercially and for their very existence must be brought into line.