Reading through Scott Leggo’s resume, you’d be forgiven for concluding he deserved a rest after a life spent in the Air Force, and then as an Australian diplomat and advisor on strategies to the government — both of those sound like a full career in and of themselves.

But instead, Leggo set out to establish himself as a professional photographer presenting the Australian landscape in a new light. Along the way he has won numerous awards and has become an Australian Institute of Professional Photographers Master of Photography.

Finding a new way to view Australia’s landscape isn’t all that easy. Hundreds of pros and thousands of weekend photographers criss-cross the countryside every year, and there have been many books trying to capture the essence of country. But, not many succeed in the way Leggo has done with his new and stunningly beautiful, large format hardback publication, Australia: A Photographic Journey released in late 2021. 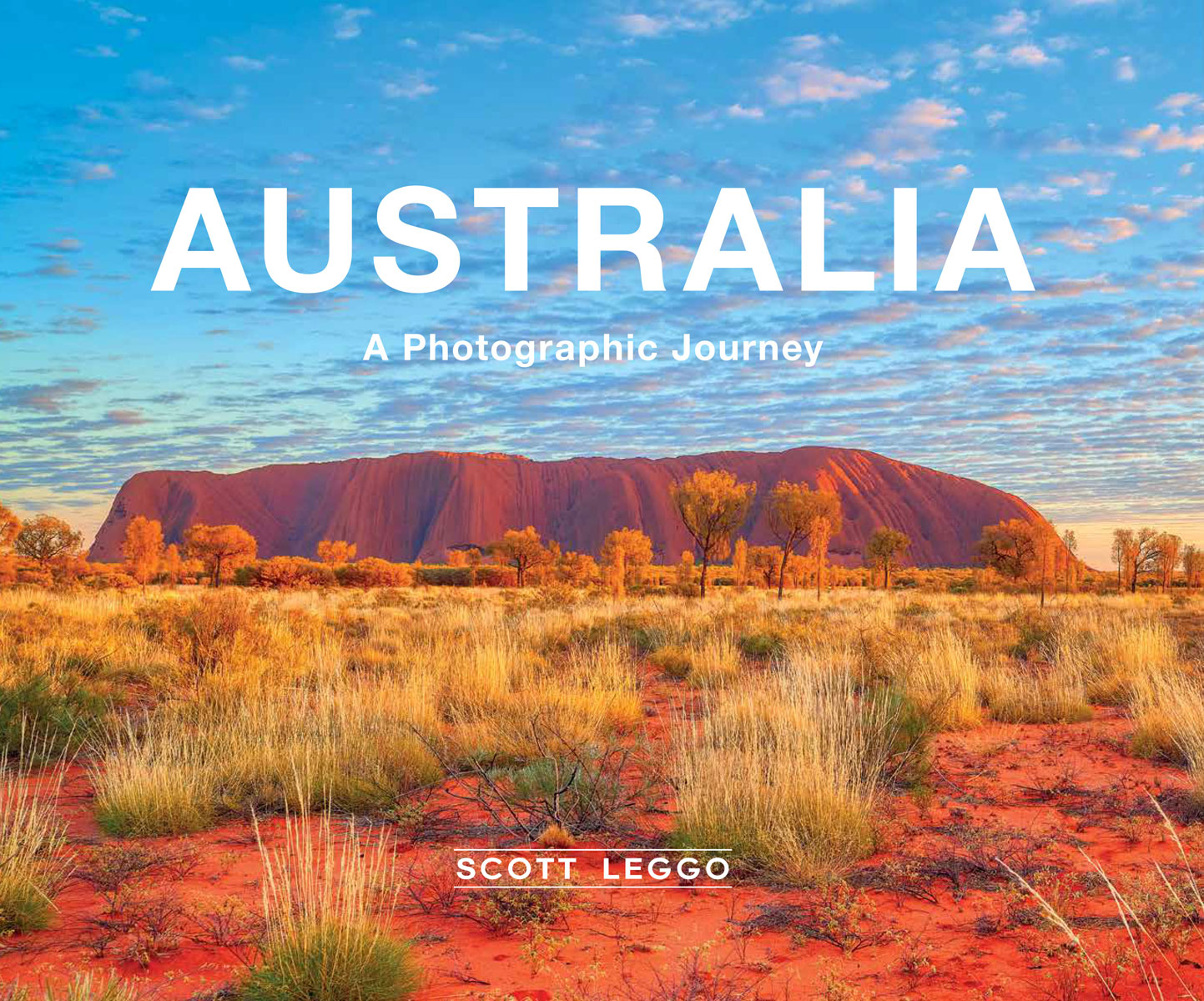 Across 246 pages, Leggo takes us on a journey through the themes of Coast, Country, Outback, Waterways, Snow and Mountains, and Forests. The collection was shot over fifteen years, and Scott found his way to iconic locations and hidden corners all over the continent. Every image shows a dedication to the photographic art form that’s both fresh and evocative. Many of the 200 photos have such depth they are almost third dimensional. I found images like Wilpena pound especially captivating, and Leggo tells how he captured the Flinders Ranges scene in such a unique way: “Early morning fog rested just above the edge of Wilpena Pound as I waited for the sun to rise. Slowly, as if the Pound itself was waking up, the band of fog and the cliffs lit up in colour. From the dark early morning to the bright colours that ensued, I stood watching, reflecting on how many times this scene had unfolded over the thousands of years that Wilpena Pound has existed.”

The pages of the Snow section illustrate the diversity of the Australian environment and the extent the photographer went to for his art. Here, Leggo talks us through Alpine Magic: “Below zero with a minus 14 degrees wind chill, I was huddled on the ground around my tripod to protect my camera from the buffeting winds. The spectacular Mount Feathertop made for a stunning backdrop. This awesome experience was how I started the day. Minutes after this photograph, the first flurries of snow began to fall as a snow storm set in, dumping nearly a metre of snow on the region. I love being out in conditions like this to capture the true magic of the Australian Alps in winter.” Leggo’s tips for the best photography is to get up early for capturing the best light or to wait until the sun has set, when the light is soft and outdoor scenes look more impressive.

“In many of these less travelled locations it’s these times of day when the wildlife is more active and if it’s a popular tourist area no one is around to get in your shot,” he said.