In the realm of remote seaside delights, few places tick all theboxes quite like the southern national parks of the Eyre Peninsula.The sandy peninsula of the Coffin Bay National Park is a case inpoint, pounded by the ocean along its rugged southern coastline,while idyllic protected bays and campsites dot the northern shores.With a foot-traffic-only wilderness area, sublime beaches, toweringsand dunes, historic sites, sensational fishing and 4WD-onlyaccess, it confidently pitches for the top vote. Then there'sLincoln National Park, with similar offerings plus a fewinteresting variations. Beyond the easily accessible campgrounds inthe national park, Memory Cove has an alternative campingexperience, hidden in a gated Wilderness Protection Area at thesouthern end of the park. Access is limited to 15 vehicles per dayand five campsites, assuring a peaceful stay. Yet it still provideseasy access to the Sleaford-Wanna dunes if you want to up the ante.Both locations are winners in their own right, so rather than splithairs, we'll give you the good oil on both, leaving you to make thefinal call. 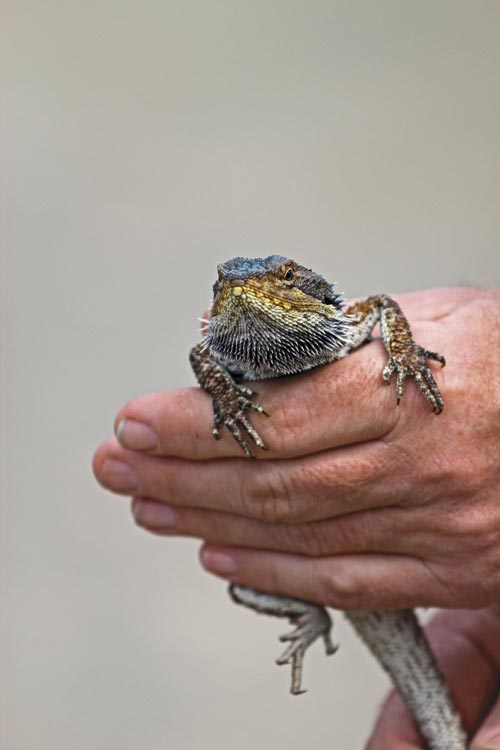 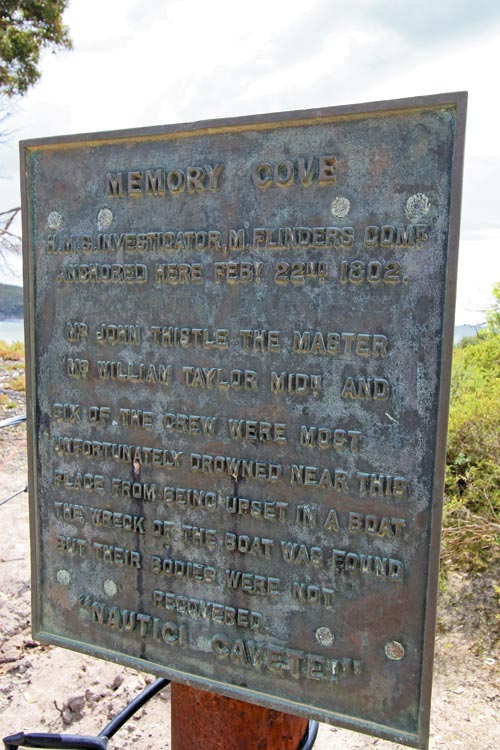 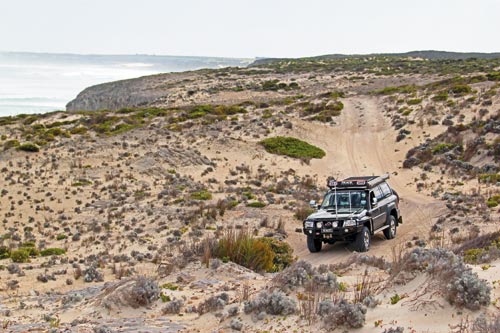 As you pass through Port Lincoln, stop off at the Port LincolnVisitor Information Centre to grab the key and pay any campingfees. The wilderness area attracts a $10 premium per day over theother national park camping areas, confirming that peace andtranquillity come at a cost. Grab a copy of the Memory Coveself-guided drive which describes the history and major points ofinterest ranging from the vegetation, walking tracks, viewing areasand surrounding islands. Like all wilderness areas, generators,pets, and fires are not permitted.

Take the right fork towards Wanna in the Lincoln National Parkand before long, you'll find yourself meandering along the singlelane access track towards the Southern Ocean. The landscape offersa little bit of everything from tall coastal scrub to sparselypopulated plains and few rolls in the landscape for good measure.For the most part, the track is reasonably smooth without requiring4WD, but there are a few slower sections and steep descents thatcould get slippery in inclement weather, hence the 4WDrecommendation.

The campground is tucked into the tree cover and flows onto awide beach overlooking a number of small islands. A plaque can befound on the foreshore commemorating the loss of eight crewmen fromMatthew Flinders' ship, the Investigator, back in 1802. A landingparty had been sent ashore further south in search of water. Whenthe crew did not return, a search party was deployed. Pieces of theboat were found the next day on the shore but no bodies were everrecovered. Flinders named the area Cape Catastrophe and eight ofthe surrounding islands after his fallen crew.

There are plenty of options to explore nearby. TheSleaford-Wanna Dunes 4WD track is the highlight and is readilyaccessible beyond the locked gate. The dunes open up to anexpansive area offering elevated views of the wind sculpted dunesand rugged coastline. Markers guide your passage, although manywere missing or knocked over. With wheel tracks running invirtually every direction, navigation was a little challenging attimes. In the absence of markers, use your common sense and you'lleventually stumble back on line. Beyond the dunes, the cliff toptrack is laden with limestone outcropping, which makes it bumpy andslow. Still, the rewards are the amazing coastline vistas.

The other worthy day activity is Whalers Way, located furtherwest and outside the national park. Established as a flora andfauna reserve, it extracts another $30 entrance fee and a $10 keydeposit from the tourist office. As the name implies, the area wasonce a popular whaling area. There is a number of unique landmarksaround the 14km self-drive circuit, although you might find it moreof the same if you have already done the dunes drive.

The camping areas in Coffin Bay are isolated from the townshiplike those in Lincoln National Park, so ensure you are fullystocked before entering the park. Good surf fishing is available atGunyah Beach, not far from the self-registration station and entrypoint. Access is 4WD only, negotiating around some tall dunes,following the now familiar route markers to the beach.

The black top peters out around Yangie Bay, a protected waterwayon the northern side, boasting two camping areas. Make the effortto drop your tyre pressures here as the track quickly regresses toa single lane of deep, soft sand with limited areas to pull off thetrack. It's an entertaining drive, carving through the soft sandthat runs perilously close to the water's edge at times - check thetide times before travelling as there is evidence that the tide canaffect access. Forward vision is limited in some sections as thetrack dives through pockets of vegetation, so take it easy,particularly with your camper trailer in tow.

Remote camping is available at Black Springs on Port DouglasBay, Morgans Landing at the end of Seven Mile Beach, The Pool nearPoint Sir Isaac and Sensation Beach. We propped the Tvan at BlackSprings, which is about midway along the peninsula on a lovelysheltered site opposite the beach.

Facilities are limited to a long drop toilet; there is no water,fireplaces or access to launch a boat, so it's self-sufficientcampers only. At least you can use a generator if needed. A walkingtrack meanders along an elevated headland with views below into theclear water, showcasing plenty of marine life.

The other campgrounds involve traversing Seven Mile Beach whichcan only be passed at low tide due to the close proximity of thedunes to the water. You will see an abundance of wildlife around,in particular dolphins and mobs of roos and emus that graze on theopen plains and wander down to the beach.

Sensation Beach is another popular surf fishing beach andprovides spectacular views up the coastline to the Almonta Dunes.The adjacent Whidbey Wilderness Area is accessible on foot only topreserve the riches of an unspoilt coastline. Matthew Flinderssurveyed this section of coastline too, naming Point Sir Isaacafter Sir Isaac Coffin, which also hints to the naming origins ofthe national park.

Up until recently, Coffin Bay NP claimed the mantle as ourfavourite beachside destination in South Australia. That in itselfis quite a big a call, as the Limestone Coast is another of ourfavourite playgrounds, affording challenging sandy tracks withrelatively close proximity to Melbourne. We only recentlydiscovered the Lincoln National Park and in particular, MemoryCove. Arguably, Memory Cove provides easier access, but stillplenty of adventure, whereas Coffin Bay NP is a little morechallenging to get to, ploughing through the soft sand and managingthe tidal influences. At the end of the day, they each provide theultimate remote beachside wilderness haven and will delight all whoventure there.

> Entry into Lincoln NP is $11 per vehicle. Camping costs $8per night except for Memory Cove which costs $18 per night. Maximumstay at Memory Cove is three days.

> Entry into Coffin Bay NP is $10 per vehicle. Camping costs $8per night.

> Phone the Department of Environment and Natural Resources on(08) 8688 3111 or visit www.environment.sa.gov.au for informationon camping in the Eyre Peninsula including NP visitor guides andMemory Cove Self-Guided Drive map.