Every camper has their own favourite go-to camping spot that pretty much guarantees they’ll have a smile on their dial at just the very thought of visiting it again. For me, that place is the pristine shores of Pebbly Beach, NSW! I’ve camped at hundreds, if not thousands, of campsites over the years but there’s just something about Pebbly Beach that keeps me going back. So it’s no surprise that I rate it, hands-down, my all-time favourite spot in New South Wales! Call me crazy, but even during the crappiest weather imaginable, I still manage to have a blast and, by crappy, I mean hail the size of golf balls pummelling the poor Troopy for a good 15 minutes.

If you need any more convincing, picture this – you’re camped between two of the most scenic headlands on the New South Wales coast; the beach goes from soft sand to a stretch of pebbles of all shapes and sizes displaying thousands of natural colours as they completely cover the shore. A cool sea breeze and the sounds of waves crashing are never too far, crystal clear water which slowly fills up your own personal swimming holes as the tide rolls in, and vantage points to spot the odd whale or dolphin are just a hop, skip and a jump away. Wildlife is plentiful with some of the most vulnerable and endangered calling this place home. White-bellied sea eagles soar overhead, coastal emus stroll along the beach and those bouncing native mice can sure make you jump when you’re not expecting them to!

Now that I’ve got your attention, let’s get this show on the road. This cracking little campsite is located within the Yuraygir National Park (NP), just north of Coffs Harbour. You’ll have to chuck a right off the main highway on to Barcoongere Forest Way, which will basically takes you through the state forest and into Yuraygir National Park if you follow the signs correctly. The road in is a bit bumpy, with potholes that really creep up on you if you’re not paying attention. You might find the road to the Pebbly Beach campground isn’t on your maps; that’s because you need to drive few kays up the beach before crossing a tidal saltwater creek that should only be attempted on low tide. It’s also a good idea to cross the creek up closer to the mouth, which is actually a bit firmer and shallower than just going straight through to the exit point. 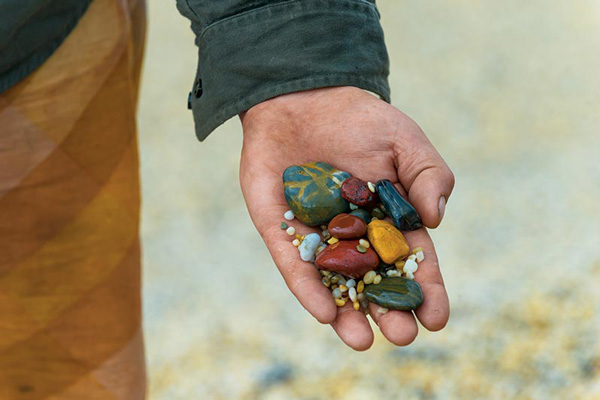 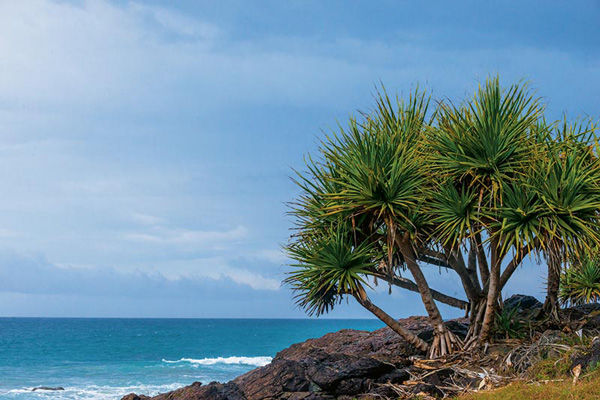 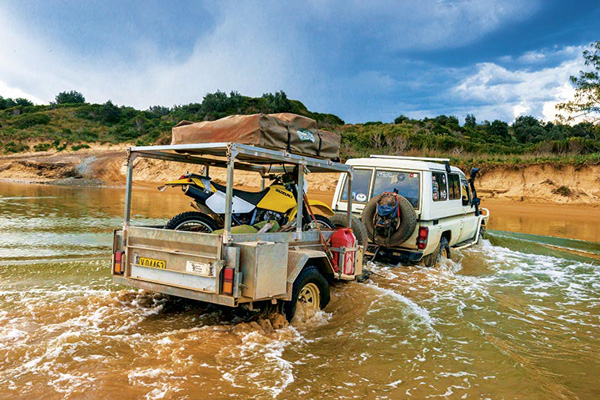 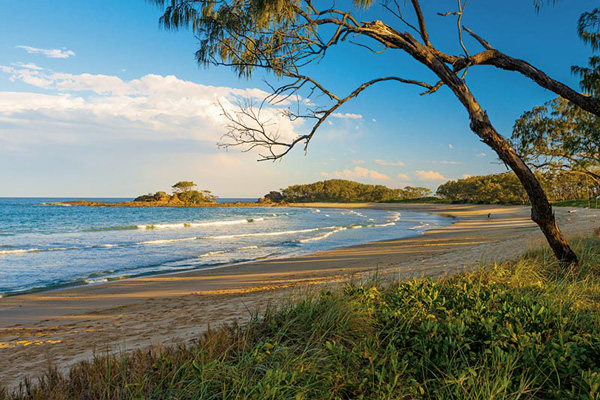 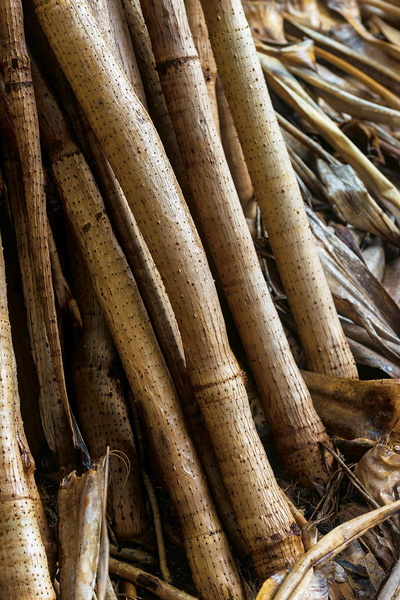 Once you get over the other side, you’ve pretty much reached the gates of heaven, in my opinion. Contrary to popular belief, you can’t just camp on the beach itself, though. Pebbly Beach campground is just that – a campground. It’s basically a few acres of dedicated and managed campsites along a grassy section above the beach. As much as we’d all love to pitch a camp right on the sand, it really isn’t practical as there’s bugger all beach left on high tide. The good news is that you’re literally about 20-50m from the sand, but you get the added benefits of a nice flat campground, along with some shrubbery to help protect you if the cool sea breeze picks up too much. It’s actually gotten a fair bit busier over the last few years, too; you’d be lucky to see another camper out there on a weekday a few years back – I guess places this good just can’t stay a secret for long, eh?

Another misconception is that there is hardcore 4WDing at this campground. Let’s kick that myth to the side by saying, if you’re chasing hardcore low-range 4WD tracks, Pebbly Beach is not the place. Being a beach camp, there are only limited tracks available with the sole purpose of getting you from A to B around the grounds. The harder tracks that Coffs Harbour is more renowned for are out in the surrounding state forests, and I can tell you right now – those are some of the toughest tracks around. So, if it’s pure relaxation you want after a day or two winching your way around Coffs’ tracks, Pebbly Beach will steal your heart, lock it up and throw away the key!

You’ll find the fishing here is second-to-none as well and, with some decent weather, you can quite easily launch your tinnie straight off the beach. If you don’t have a boat, you can try your hand with some rock fishing off the headlands, or simply go for a run up the beach and find that perfect gutter to try your luck with – there’s nothing quite like landing a pearla straight off the beach now is there? Rumour has it, if you head up the creek and drop a few crab pots off, you could be in for a feed of mud crab. The locals reckon a can of cat food will do the trick just nicely as bait, too!

That’s it guys and girls, it’s time to grab your fishing rod, fill the up the fridge and check out one of the best camps in New South Wales. While you’re there, don’t forget to take a few happy snaps too – they’ll look absolutely spectacular on your wall!

Check out the full feature in issue #94 November 2015 of Camper Trailer Australia magazine.